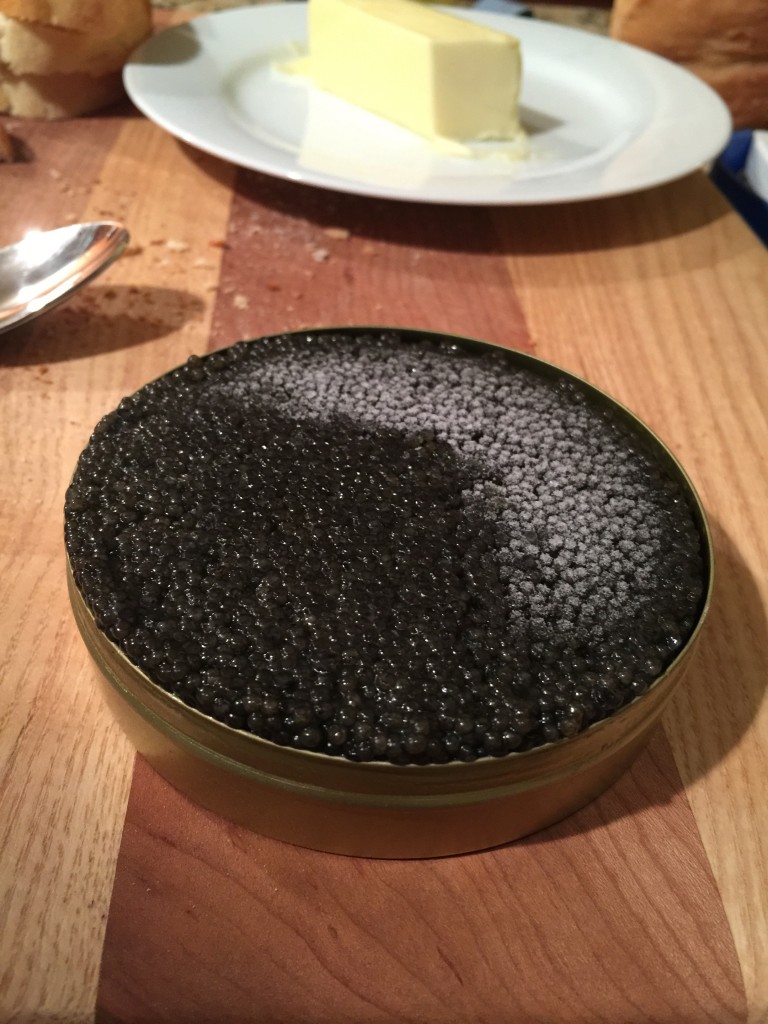 I was 10 years old when I tried caviar for the first time.   My father had just baked some fresh bread, and placed a small portion of the fish roe on a warm slice.  I took a bite and was amazed as the small eggs burst as I pressed them against the roof of my mouth.  A splendid array of flavors ensued overwhelming my senses.  The caviar was fresh, and tasted like the ocean- a little salty, but sweet at the same time. The texture was unlike anything I had ever experienced.  My eyes widened as I took my second bite, which was served on a crostini accompanied by fresh crema, soft butter, and lemon juice- I was hooked.

Caviar is a seasonal item, and is mostly consumed during the holidays.  True caviar comes from Caspian and Black Sea and is harvested from a specific species of fish, i.e., Beluga, Ossetra and Sevruga.  Though true enthusiasts insist on using the term “caviar” only when describing roe from these specific regions, the term may also be used when to referring to other salted roe coming from salmon, lumpfish, and whitefish.

Sustainable caviar has become popular over the past 5 years.  Fresh roe from domestic paddlefish is cultivated frequently from farms in the south.  Some of the caviar is wild, but many of it is from farmed fish.

Caviar can be enjoyed on bread, crackers, or thinly sliced vegetables.  Unsalted butter, creme fraiche, and freshly squeezed lemon juice are recommended.  Many purists insist on using mother of pearl scoopers in order not to taint the taste of the delicate eggs with stainless steel.

Caviar is a beautiful delicacy that everyone should try at least once.

One Response to Caviar