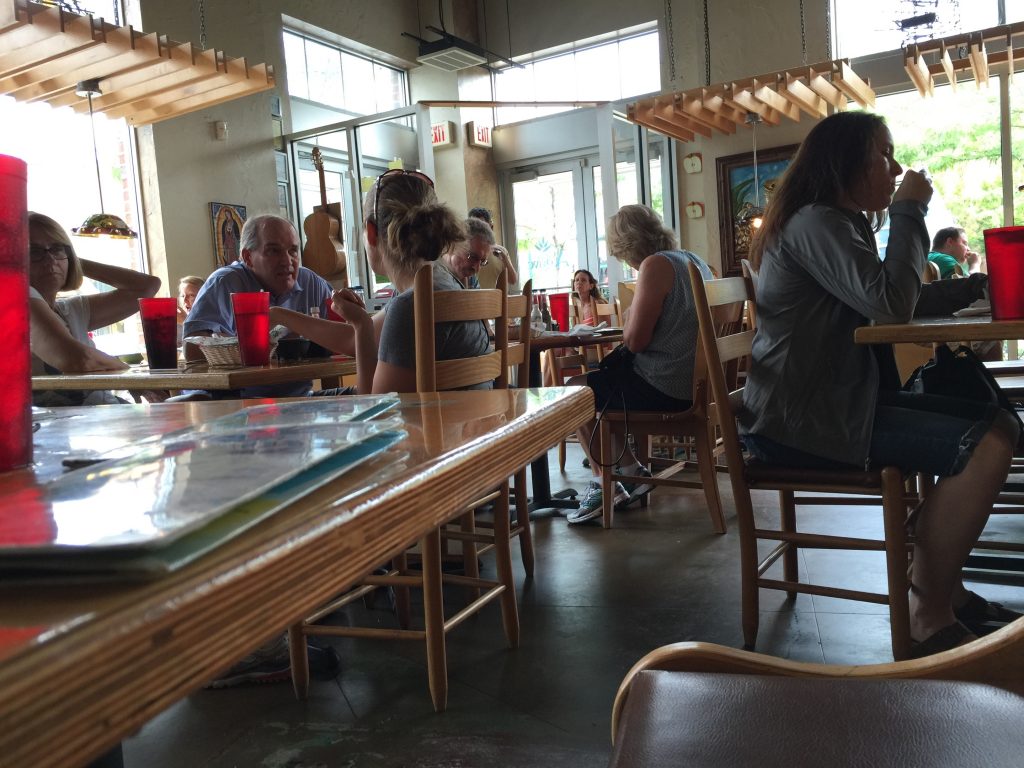 Growing up on the west coast, I became very familiar with authentic Mexican food.   After relocating to the east coast, I was surprised that there were so few choices when it came to getting good carne asada, or soft-shelled tacos. In hopes of getting some good Mexican grub, I visited Gran Agave at the Waterfront with my family this weekend.

The décor was minimal, but tasteful. There was a bar at the far end of the restaurant that was serving up king-sized margaritas, and Coronas. Seating was adequate, with room for 50 patrons, and another 12 seats at the bar. 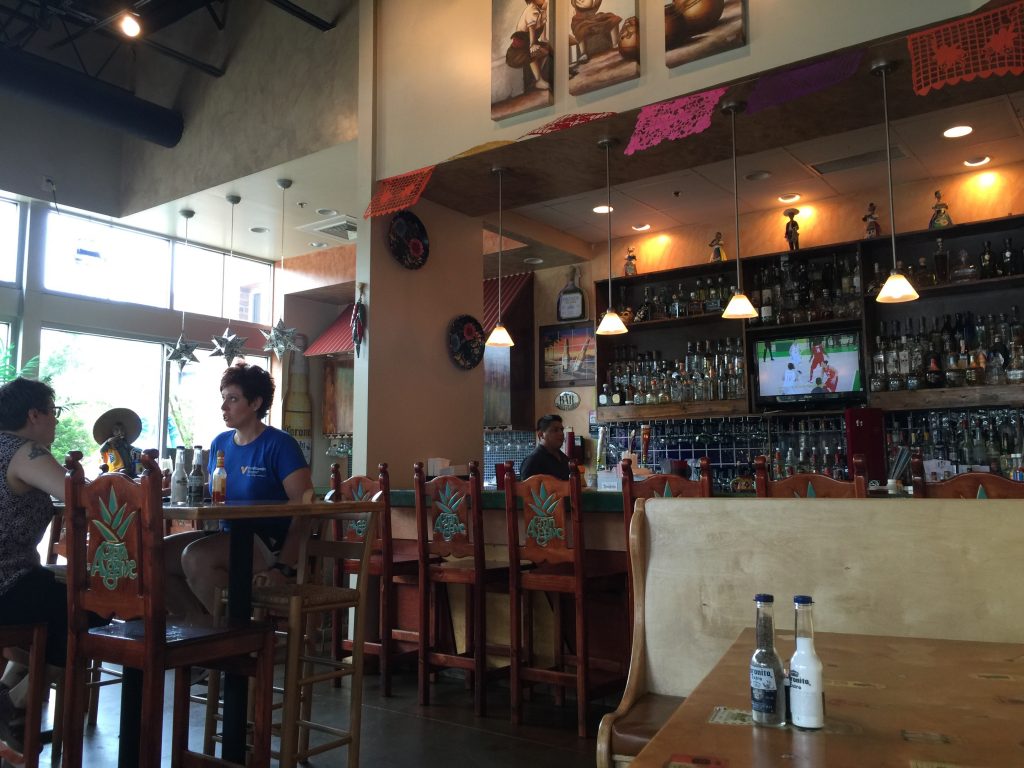 Homemade chips and salsa were served as I sat and looked over the menu. The warm tortilla strips were salty, and fresh. The salsa contained tomatoes, cilantro, jalapeños and onions- so far so good.

The menu was vast, with burritos, rolled tacos, scallops, shrimp, taco salads, and a nice variety of cheese and bean entrees to accommodate the vegetarian crowd. I ordered the carne asada tacos (corn tortillas please), with a side of sour cream and guacamole. My mom ordered a shredded chicken taco salad.

My entrée arrived covered with aluminum foil. I unwrapped my tacos, and was surprised at the generous portion. Each of the meat-filled tacos was double-wrapped with steamed corn tortillas. An additional plate was delivered with sides that included refried beans, pico de gallo, and tomatillo sauce. The tacos were hot and delicious. The carne asada was tender, and flavorful. My mom enjoyed her taco salad, which contained shredded chicken, lettuce, and jack cheese. She was able to get through half, and ended up taking the rest home. 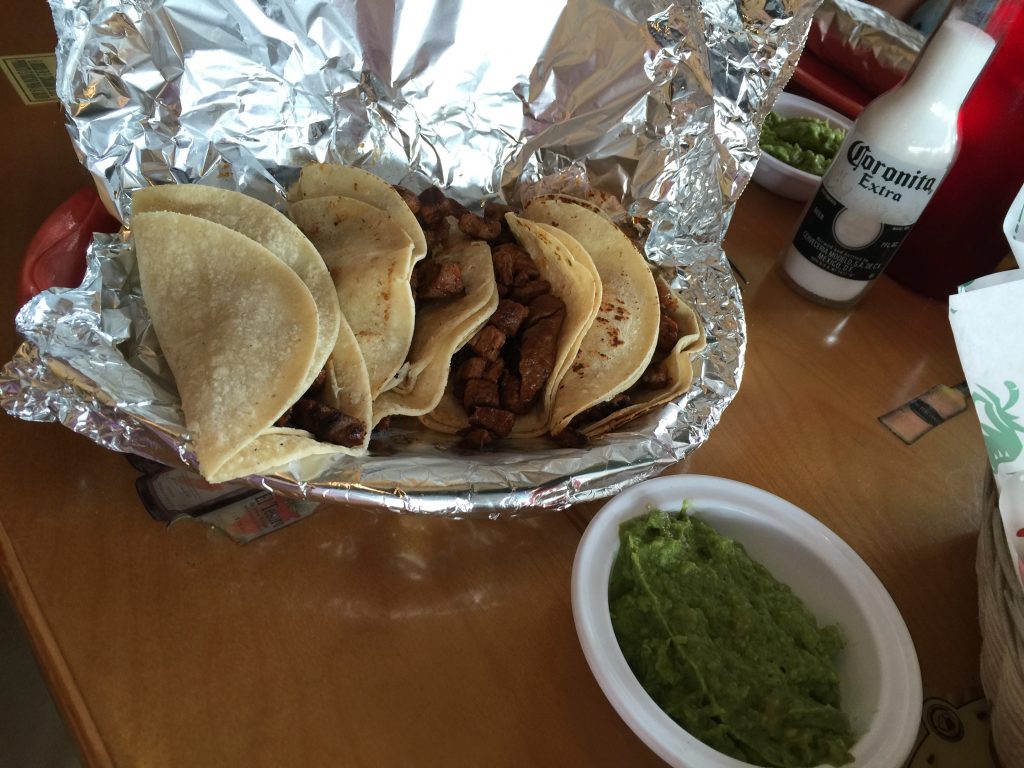 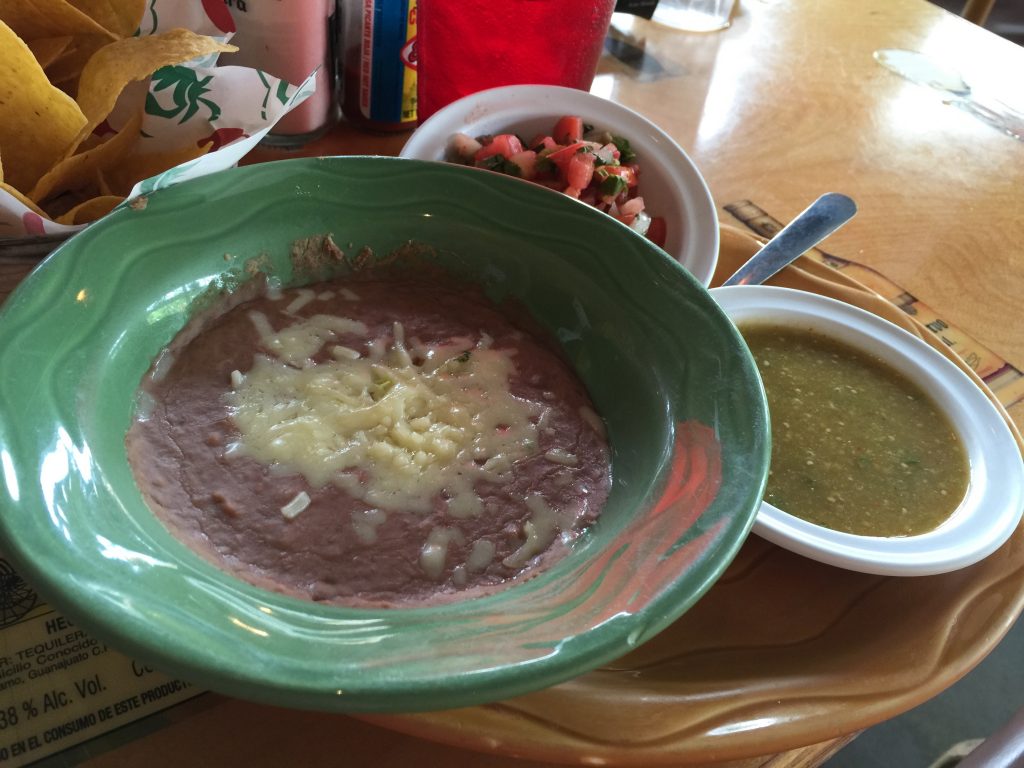 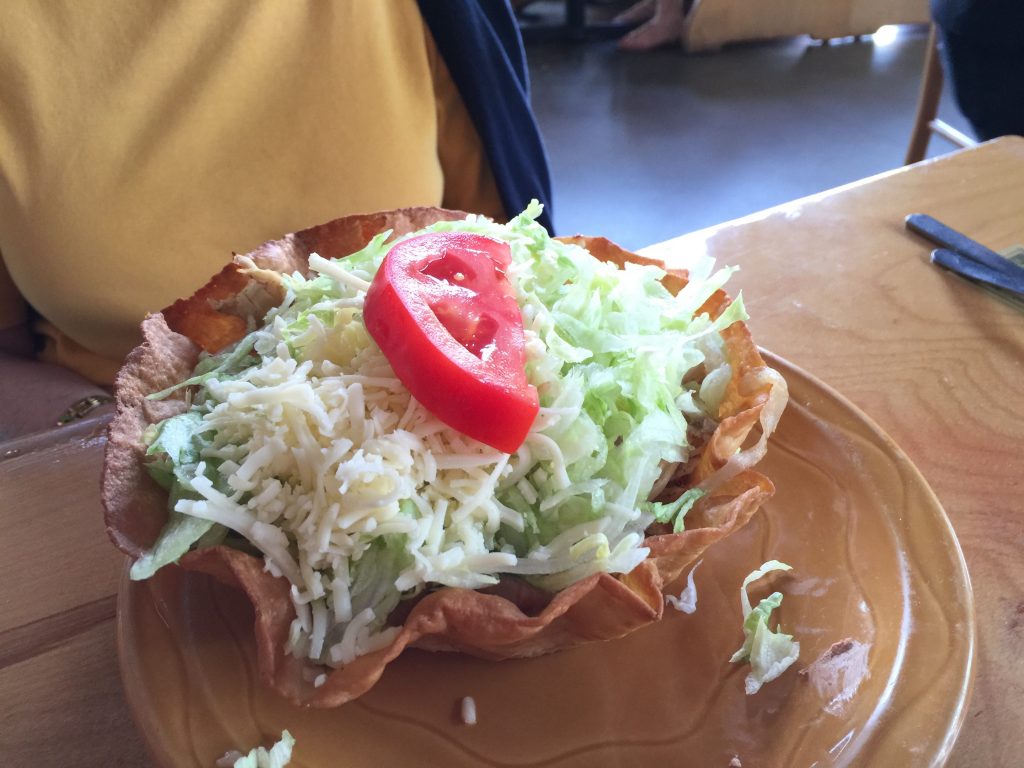 By the time we were ready to leave, there wasn’t an empty seat to be had. The atmosphere was jovial, as I watched the other patrons scarfing down their food and blended specialty drinks.

If you’re looking for old-style Mexican food at a reasonable price, put Gran Agave on your must-visit list.