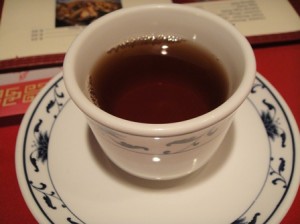 We stopped into Mekong Asian Restaurant on Potomac Avenue after a movie premier for some late night chow. Asian food is delicious and always appropriate when you have the late-night munchies.

Mekong is small, and probably seats 30-40 people. The décor was minimal, with traditional Asian decorations scattered about. The restaurant was clean, and our server was extremely friendly. Our waitress informed us that she the owner’s daughter, and that her mother was doing all of the cooking.

We started with a spot of hot tea and steamed dumplings (10 for $5.95). Delicate hints of ginger, garlic and pork permeated the pillowy-soft, steamed dough. The dumplings were fun to eat with our chopsticks, and were served with a warm, soy-based dipping sauce. 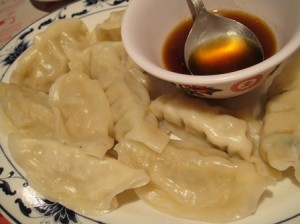 Our entrees arrived piping hot. We immediately noticed that there was hardly any meat in the Cashew Chicken. When I tell you that there were maybe 2-3 ounces of chicken in the dish, I’m not exaggerating. The same was true of the General Tso’s- only small, thin strips of chicken occupied the plate. The sauce that came with the General Tso’s also wasn’t the usual rich, dark red color. 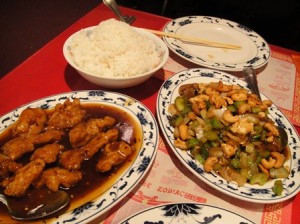 Lastly, one of your fortune cookies didn’t have a fortune in it! That’s bad luck, right?

Our entire meal was $25.00, but we left feeling slighted. If you’re on a budget, Mekong Restaurant might be a good choice, just don’t expect a lot of chicken in your chicken dish.