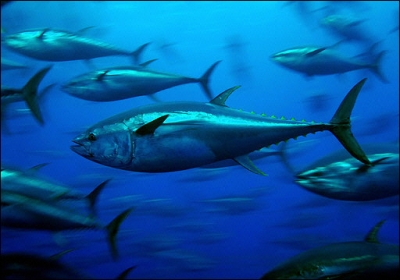 The Japanese people consume over 80 percent of the world’s bluefin tuna.  Over the past several years, private Japanese environmental groups have been trying to have legislation passed restricting the amount of fish that can be pulled from the waters.  In a recent vote, the legislation failed again, making the purveyors and Japanese consumers of the rich, oily fish rejoice.  This politically charged subject has been gaining ground, however.  The fight to limit bluefin fishing has found its way to the West, and is rapidly gaining support with American officials.  Although the vote in Japanese Parliament has voted against (for the majority), it is gaining support with American activists as well.  The increased press coverage and political pressure  from conservationists will surely have an effect on the next vote.  What are your thoughts?