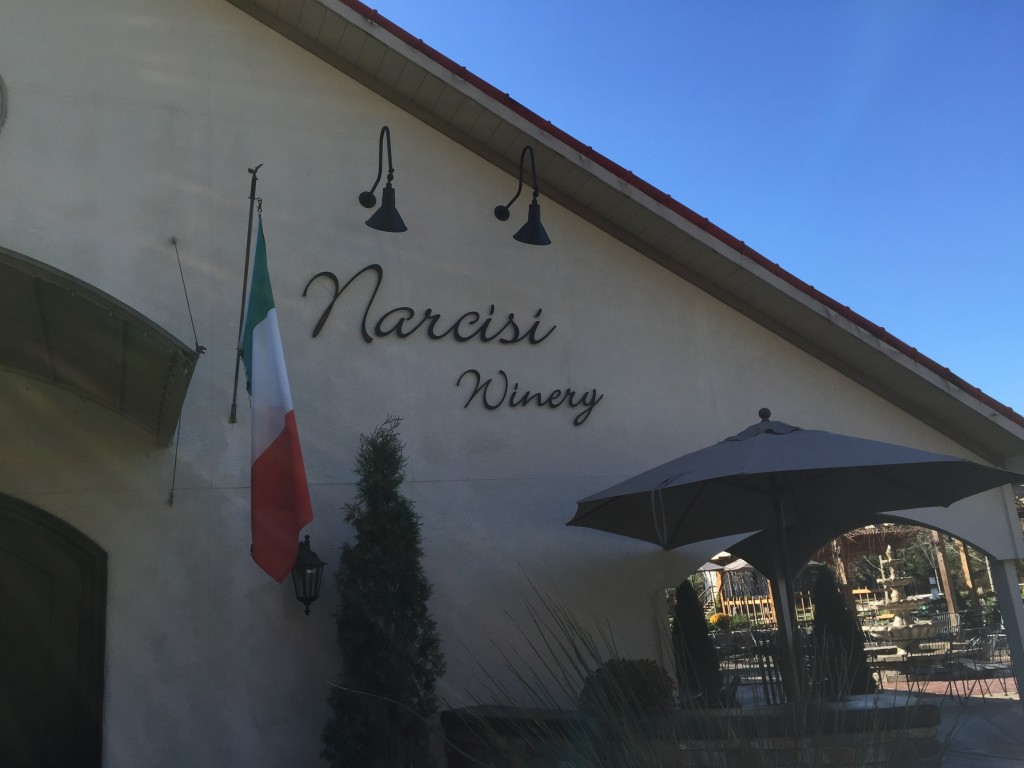 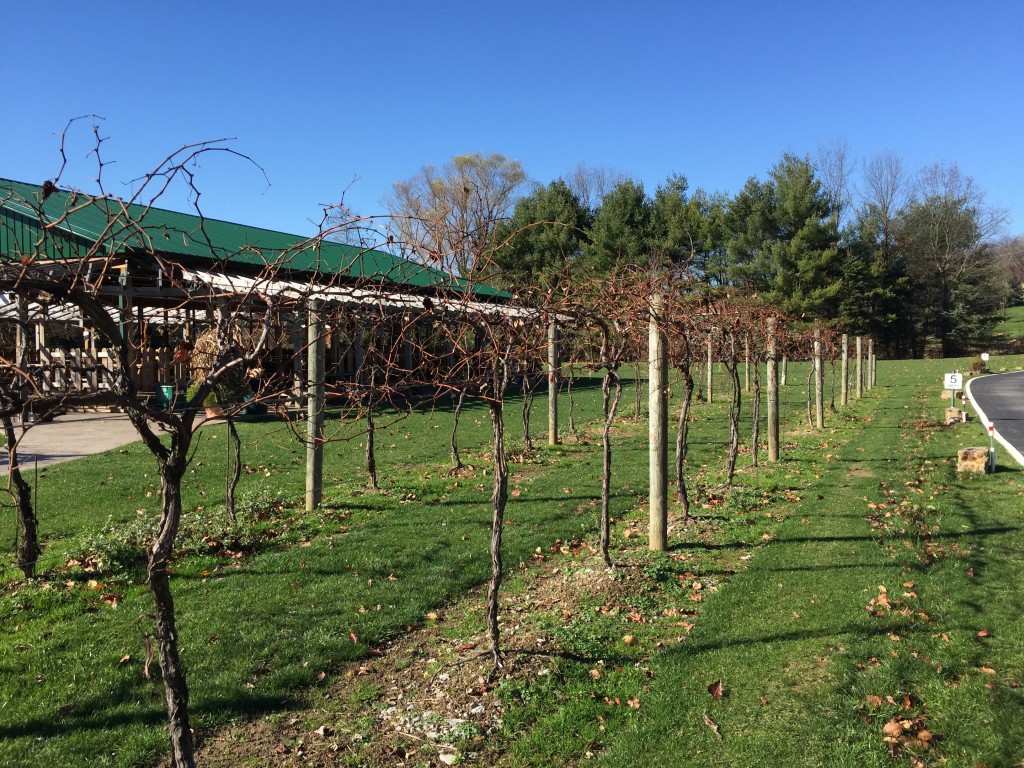 Last weekend my sister was celebrating her birthday, and wanted to meet at Narcisi Winery in Gibsonia, PA. I had never heard of the winery, but was eager to have a meal with my family, and enjoy some Italian food and wine. A bit of a preface- Pennsylvania wines are usually less than exceptional because of the lack of sun, wet climate, and baron soil. What results, are wines that are lacking body, and depth. Most east coast wines are also unbearably sweet.

I was the first to arrive at the winery, and got to meet the owner, Dennis Narcisi who was eager to tell me about his passion for food, and more importantly, wine making. The Gibsonia winery was founded in 2001, but as Dennis explained, his family has been making wine for centuries in Italy. Dennis jumped up from his bowl of homemade wedding soup (I felt guilty for interrupting his meal) and took me outside to the patio. The space was vast- seating for a few hundred at least. A small stage occupied a grass field on his property where jazz concerts are held during the spring and summer months.   Dennis proudly posed for me in front of a fountain that he had imported from Italy when the winery opened. 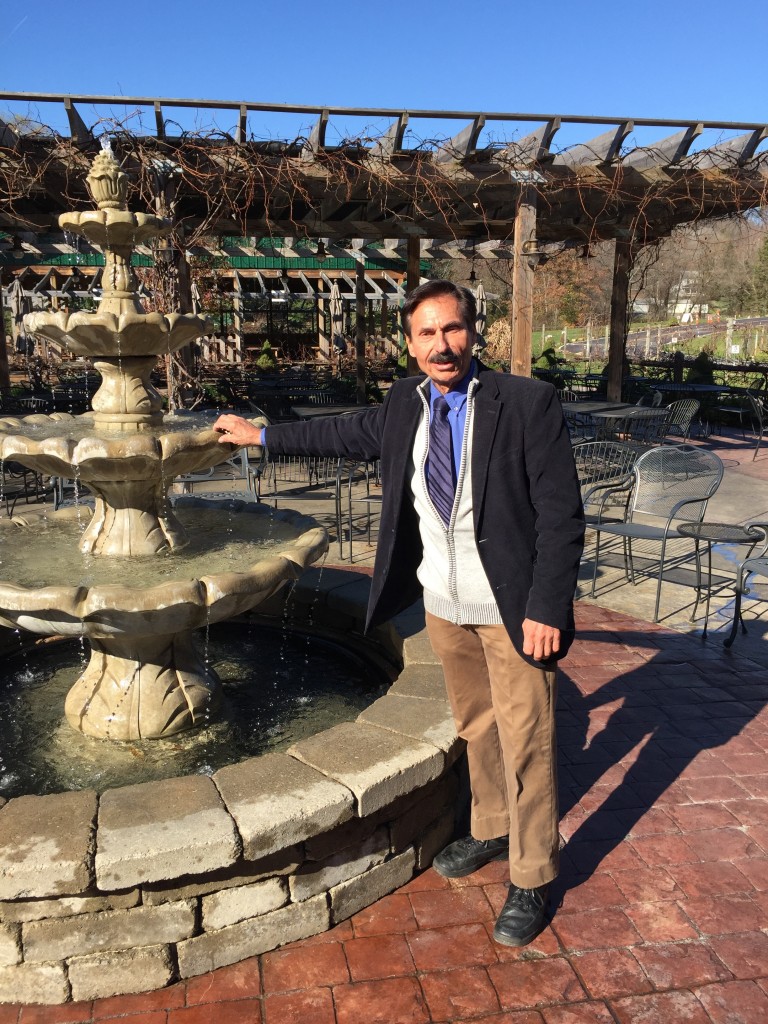 We took a quick tour of the 2-story dining facility. In addition to the main kitchen, there is also a separate cooking area for banquet rooms reserved for private occasions- this restaurant is set-up to do serious numbers.  I asked Mr. Narcisi if he hosted weddings, “Not any longer!” Apparently undesirables had been toting their own cases of liquor into his fine establishment and creating havoc. 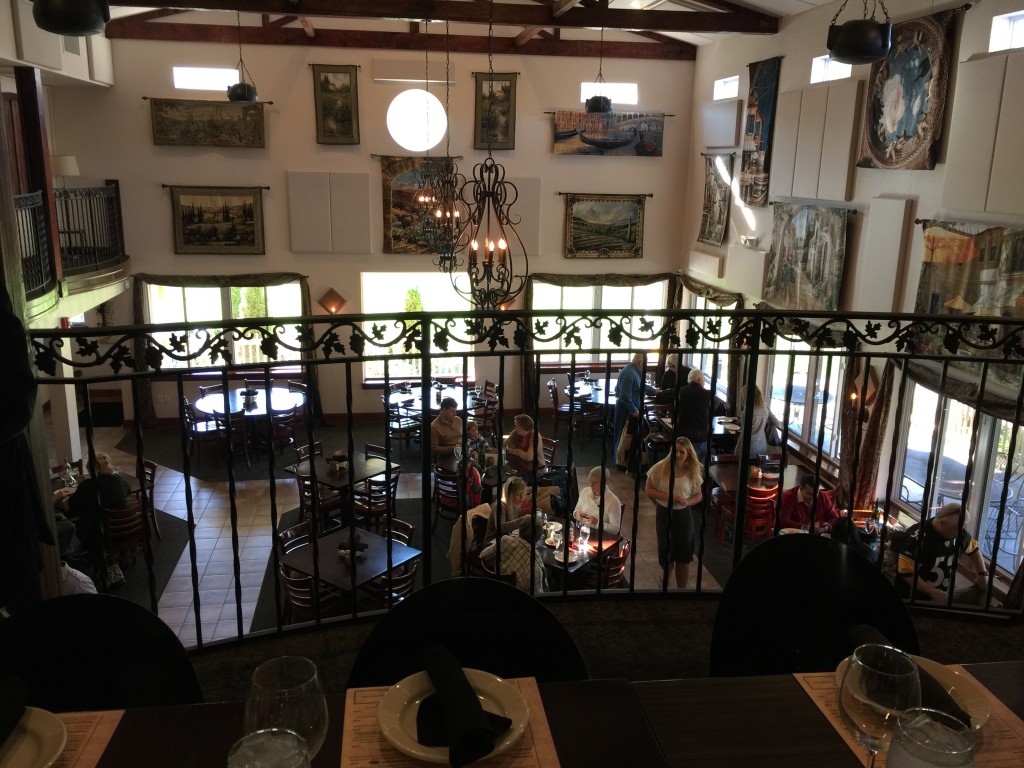 Dennis and I ventured into the wine production area of the facility. The holding room contained hundreds of cases of wine. Large stainless steel drums, and fermenting tanks were abundant, as was an impressive bottling/labeling machine. What was most impressive, however was that every piece of equipment in the Narcisi winery was imported from Italy. Sure it would have been easier to purchase equipment from the states, but authenticity, and quality are important to Dennis Narcisi. 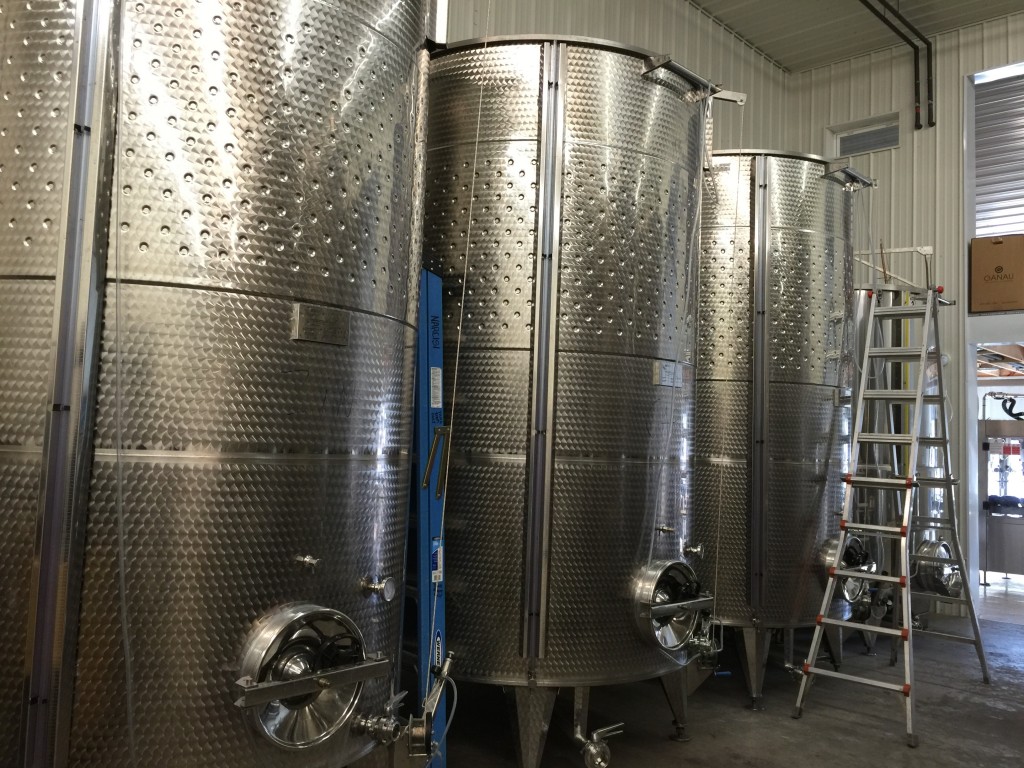 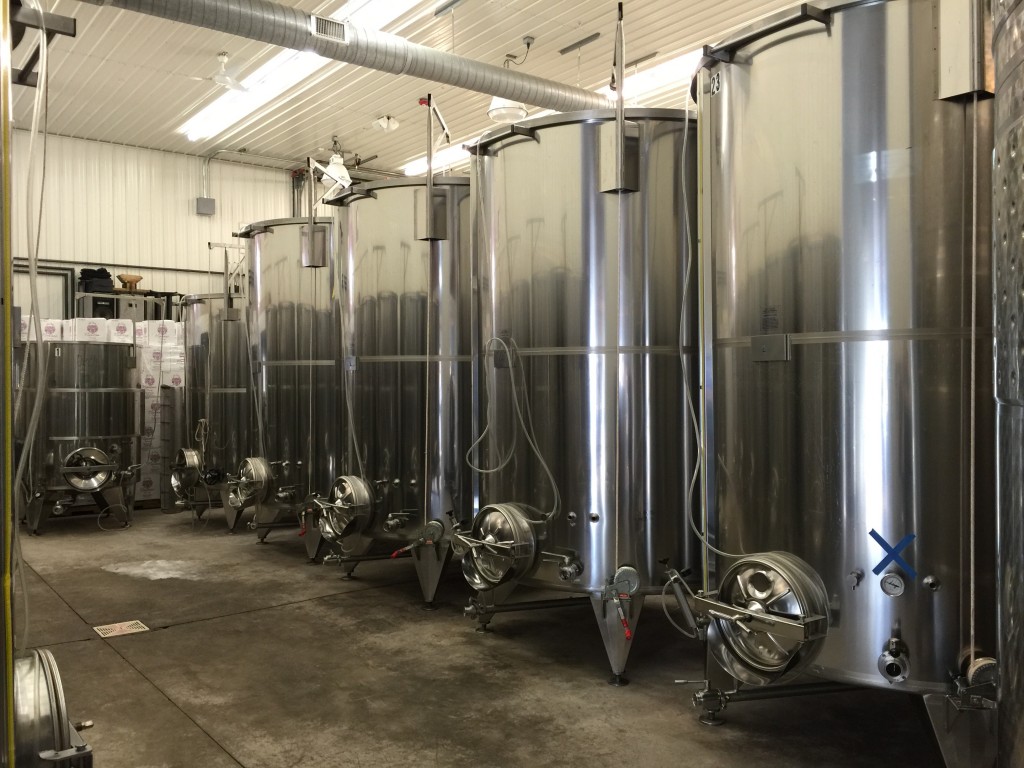 After the tour, I caught up with my family at the tasting counter, which is located in the front of the restaurant.   One of the great things about Narcisi winery is that you can stop at the tasting counter, and sample several wines (for free) before you sit down for dinner. What a great idea! The pourers are very knowledgeable, courteous, and willing to answer questions.

We were seated on the second level of the restaurant in a private room, and enjoyed a view of the grounds outside, and the dining room on the first floor. Our waitress was attentive, and suggested some of her favorite selections as we surveyed the menu. I opted for a glass of the Cabernet Sauvignon. This particular red had complex flavors, and a smooth, rich finish (are these really PA grapes?) I also had a chance to sample a 2013 Chardonnay which was crisp, apple-scented, and had a clean finish. Delicious! 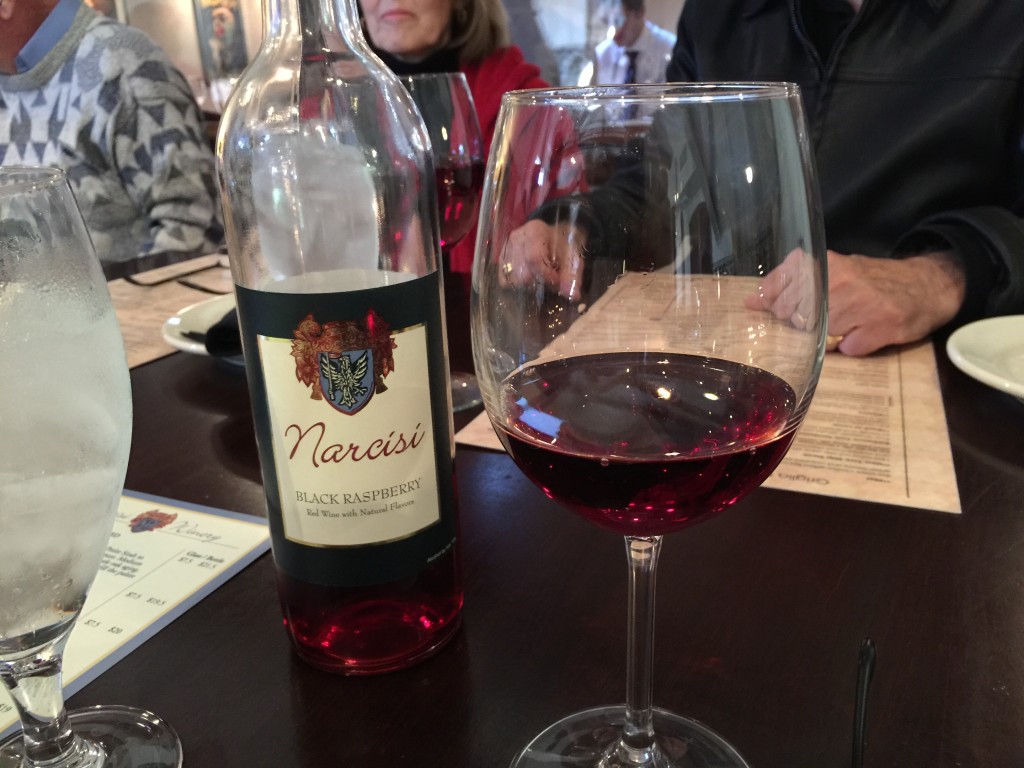 While I was considering my food selections, I ordered a Caesar salad with extra anchovies. I usually do that when I go out to an Italian restaurant… most self-respecting eateries will always have anchovies on-site if they are making their Caesar dressing from scratch- if not, it’s usually bottled. My salad arrived with several fillets of salty fish- perfect. The romaine was tender and sweet, and the dressing was tasty. 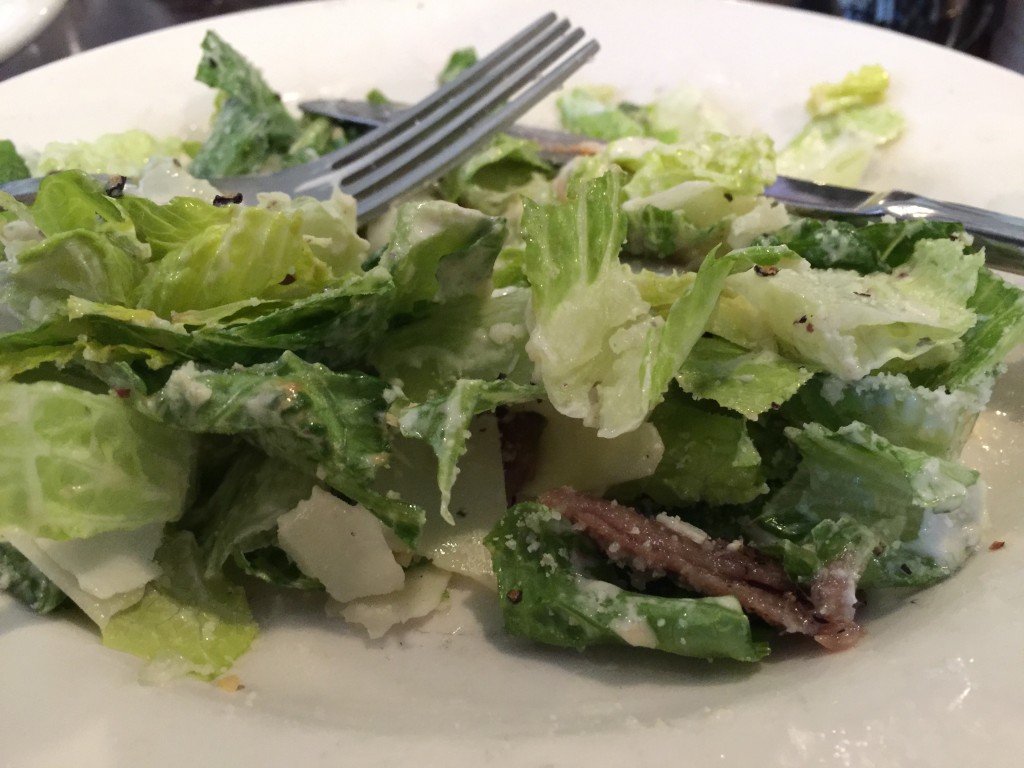 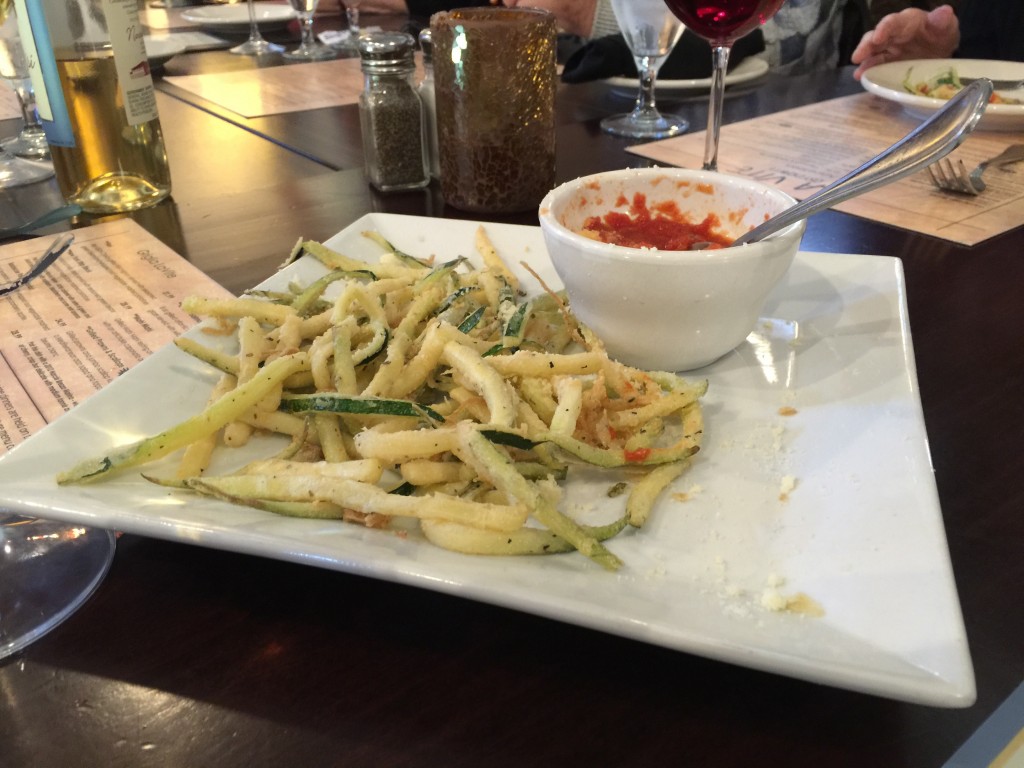 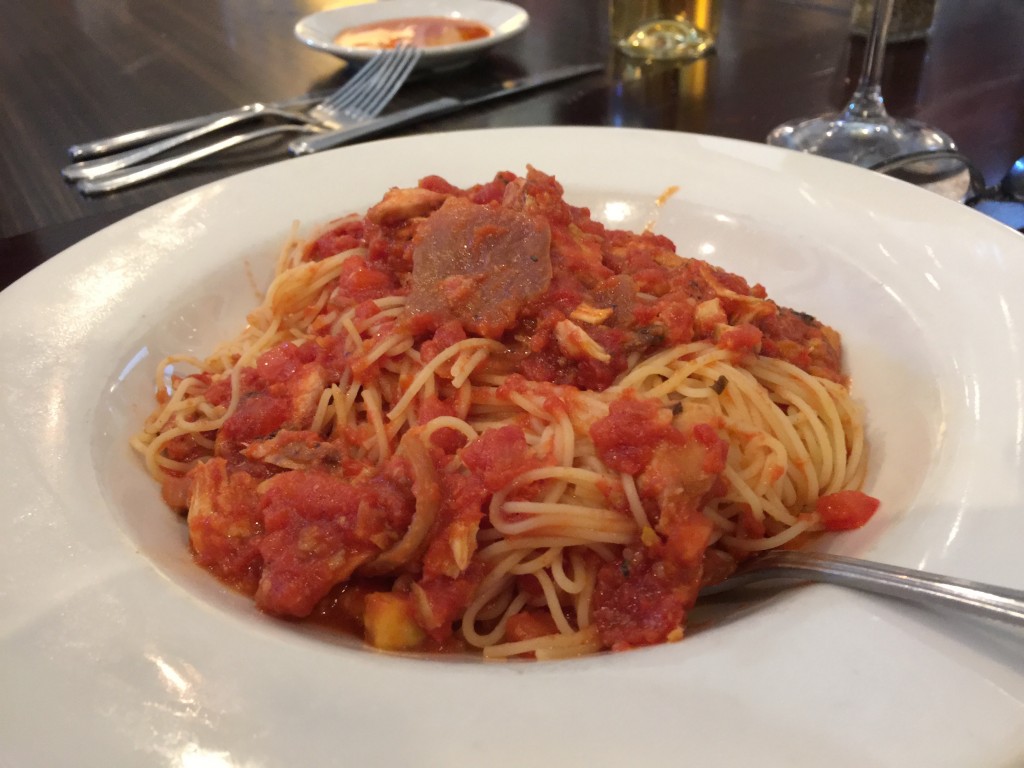 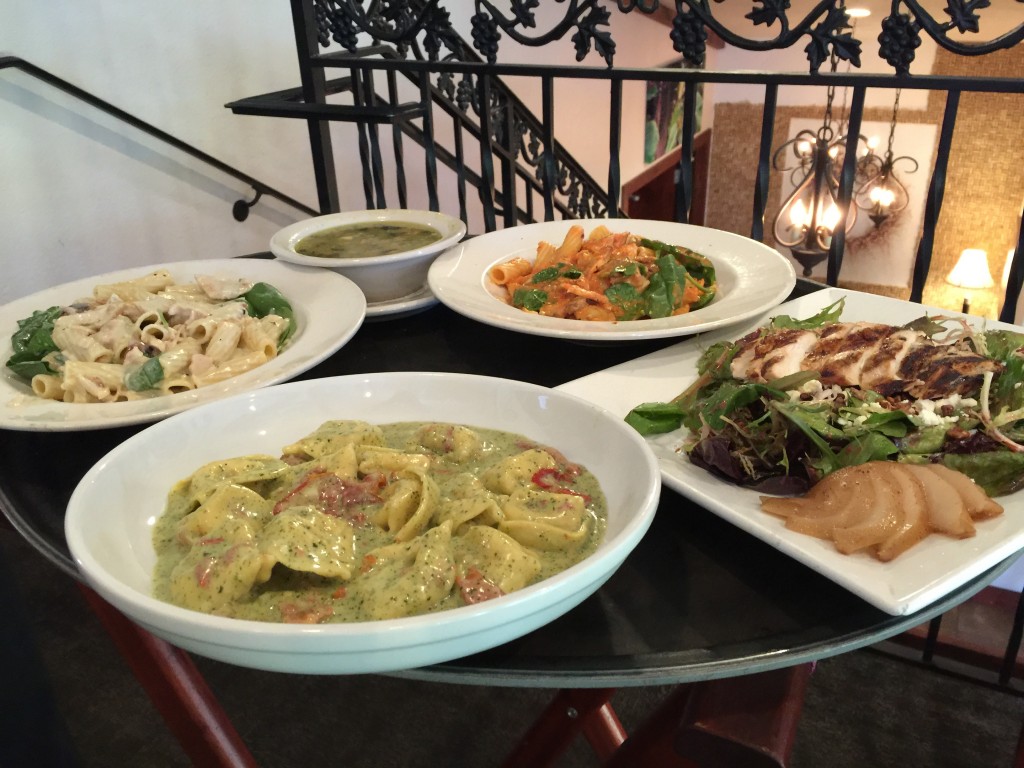 We finished our dining experience with Narcisi’s homemade tiramisu, and homemade cannoli. Both of these traditional desserts were completely authentic, rich, and wonderful. 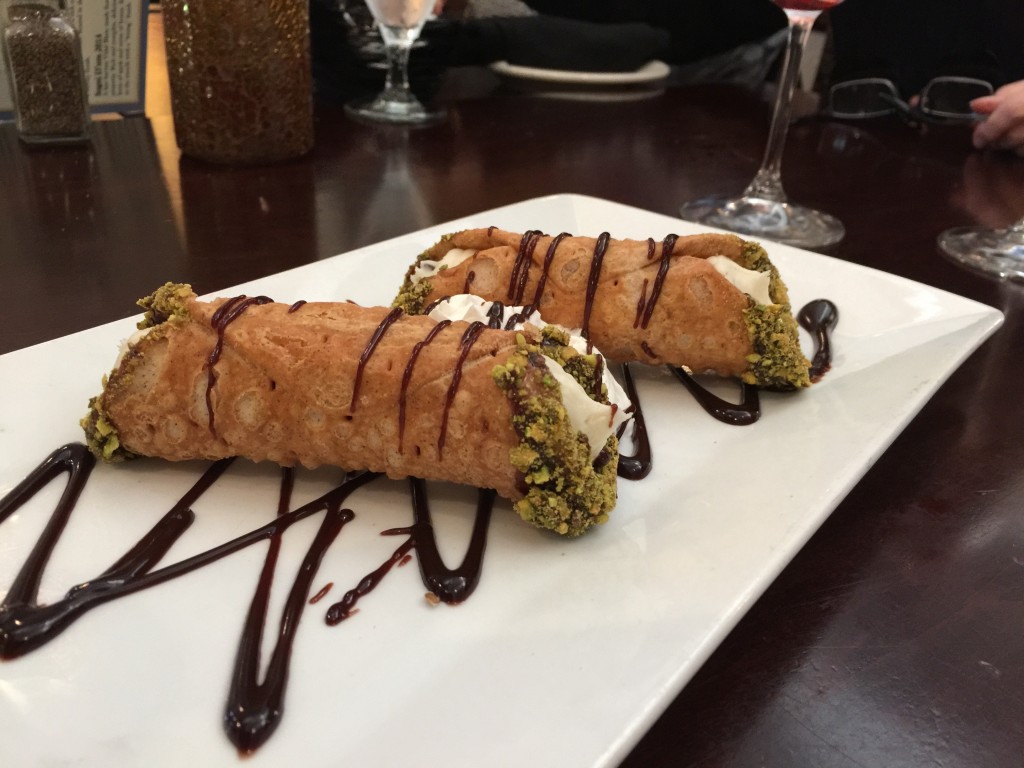 My meal, and overall experience at Narcisi Winery was memorable to say the least. The wine was NOT typical of most PA spirits, but was full-bodied, and complex- very similar to a good quality French, or California vintage.

If you have a few hours (guests are encouraged to take their time eating), and want a true Italian dining experience with authentic wine, make a reservation at Narsisi Winery in Gibsonia. 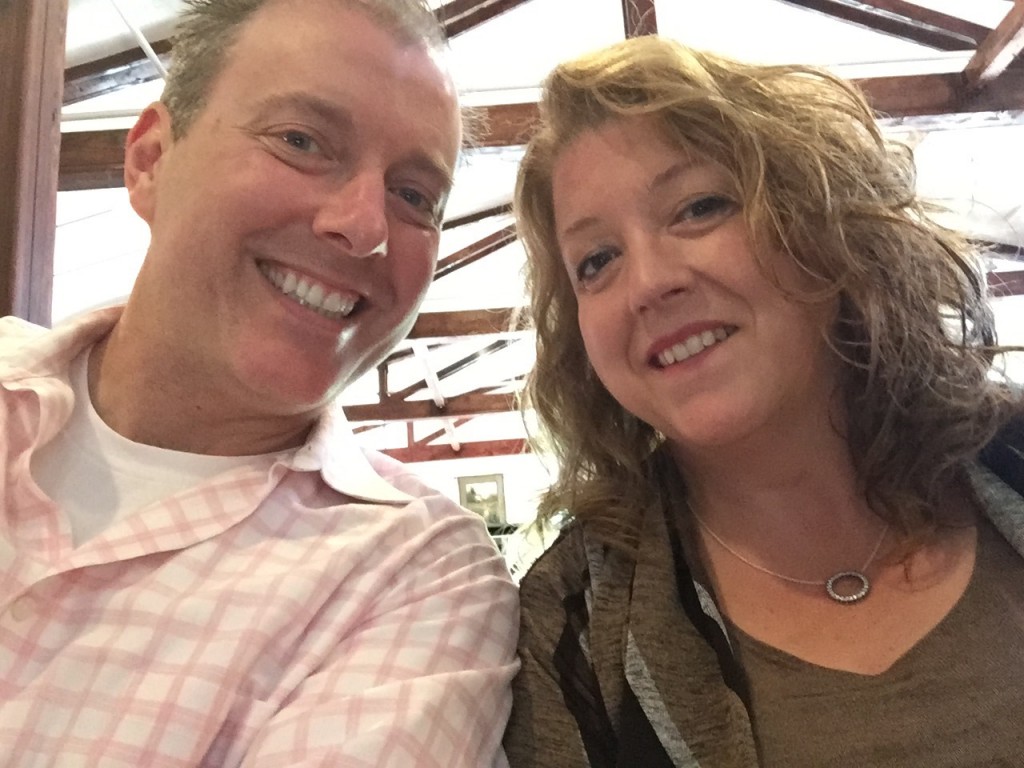 Happy Birthday Laura, I LOVE you!