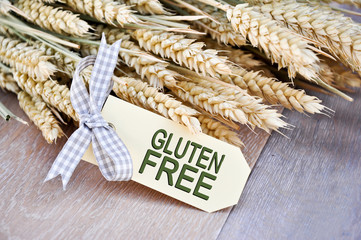 It’s been over a month now, and I still haven’t touched a single slice of bread, bowl of pasta, or pillowy-soft gnocchi. In addition to giving up gluten, I decided to quit eating refined sugar. That means no more ice cream, chocolate, and especially no doughnuts. I’m fairly certain that I never explained my decision for doing this, so here it is: I’ve been a chef for many years now, and my eating habits were unsafe. Seldom did I sit down to a balanced meal, opting instead for a quick-energy fix such as a diet soda, or a hand full of chocolate. These intermittent snacks provided instant energy, but also caused a crash shortly thereafter. My body became accustomed to the instant-fix, and my organs were paying the price. These binges became cyclic, and the periods between my empty-calorie snacks became more frequent. I wasn’t in poor health, but I was on my way.

The first week wasn’t bad. I was eating enough protein, and had reduced my carbohydrate intake significantly. Salads became my main staple, and I was preparing them with grilled salmon, chicken, goat cheese, currants, raw nuts, and fresh tomatoes. The only carbs I ate were brown and wild rice, brown rice pasta, and beans. The greens were dressed with a simple vinaigrette; usually some aged balsamic, EVOO, fresh lemon juice and fresh cracked black pepper and sea salt. For breakfast I ate yogurt with almonds and dried cranberries; a few hard-boiled eggs made it into the mix as well. Afternoon snacks consisted of nuts, fruit, and more protein.

After the first week was over, I began having difficulty sleeping, and my ears were ringing. They were finally here- the detox symptoms. During the daytime I became dizzy from time to time as well… this was especially troublesome because I work with sharp knives. The worst symptom of all however, was my inability to concentrate; to say that I had a fuzzy head would be an understatement. My body was screaming SUGAR! I knew that a candy bar, or a tablespoon or two of Jiff peanut butter would eliminate the unbearable torture I was forced to endure. Instead of an instant-fix, I would search for an alternative; apples with peanut butter (unsweetened-organic) sardines, grilled chicken and seared salmon became my new, healthier choices. I also had to remember to eat enough. Eventually, my body learned to extract the sugars (and ultimately glucose) from these foods.https://cooksandeats.com/wp-admin/media-upload.php?post_id=5608&type=image&TB_iframe=1&width=753&height=699

My new eating plan wasn’t going to be fully effective unless I had implemented an exercise regimen. I broke out the running shoes, and hit the street; it was nice being out, moving the legs and getting the heart and lungs back into shape. I wasn’t too concerned about pace- instead I concentrated on the time spent with my pulse at or above 100. I picked some hilly neighborhoods, put my iPod on, and stayed out for at least 45 minutes, or until I sweat profusely. After five days of running, my knees began to ache; I was fearful that my running program was going to have to end. I asked a few runners for advice, and they all said the same thing, “How old are your shoes…?” I bought a nice new pair of Nikes, and that problem was quickly solved.

Running has become routine. I usually set out at the same time every day, and lose myself for an hour or so. Any negative thoughts seem to drift away; the music coming through my earphones becomes synchronized with my strides… pure pleasure.

I no longer eat three meals a day. My meals are more frequent, and much smaller. During the day, I pay attention to my hunger. When I’m hungry, I eat a small amount of protein with some veggies or fruit. When I’m craving something sweet, I usually grab some ripe berries, or a Medjool date (if you’ve never had one, they’re worth trying). It’s not the same as chocolate, but it does satisfy the desire. I probably eat at least six times a day. Frequent meals provide the body with a slow, sustained level of energy throughout the day. Large, infrequent meals flood the body with insulin, in turn exhausting the pancreas, and causing the liver to create bad cholesterol.

I haven’t given up everything. I still eat dairy (whipped cream is my favorite) and the occasional glass of red wine or thick, malty beer. Yeah, beer has gluten in it, but I said I didn’t give up everything OK?

I’m not sure where this new eating plan will take me, but I’m willing to find out. In the past six weeks, I’ve enjoyed being creative with my food, exercising, and losing 12 pounds. Mostly, I’m excited about being healthy.